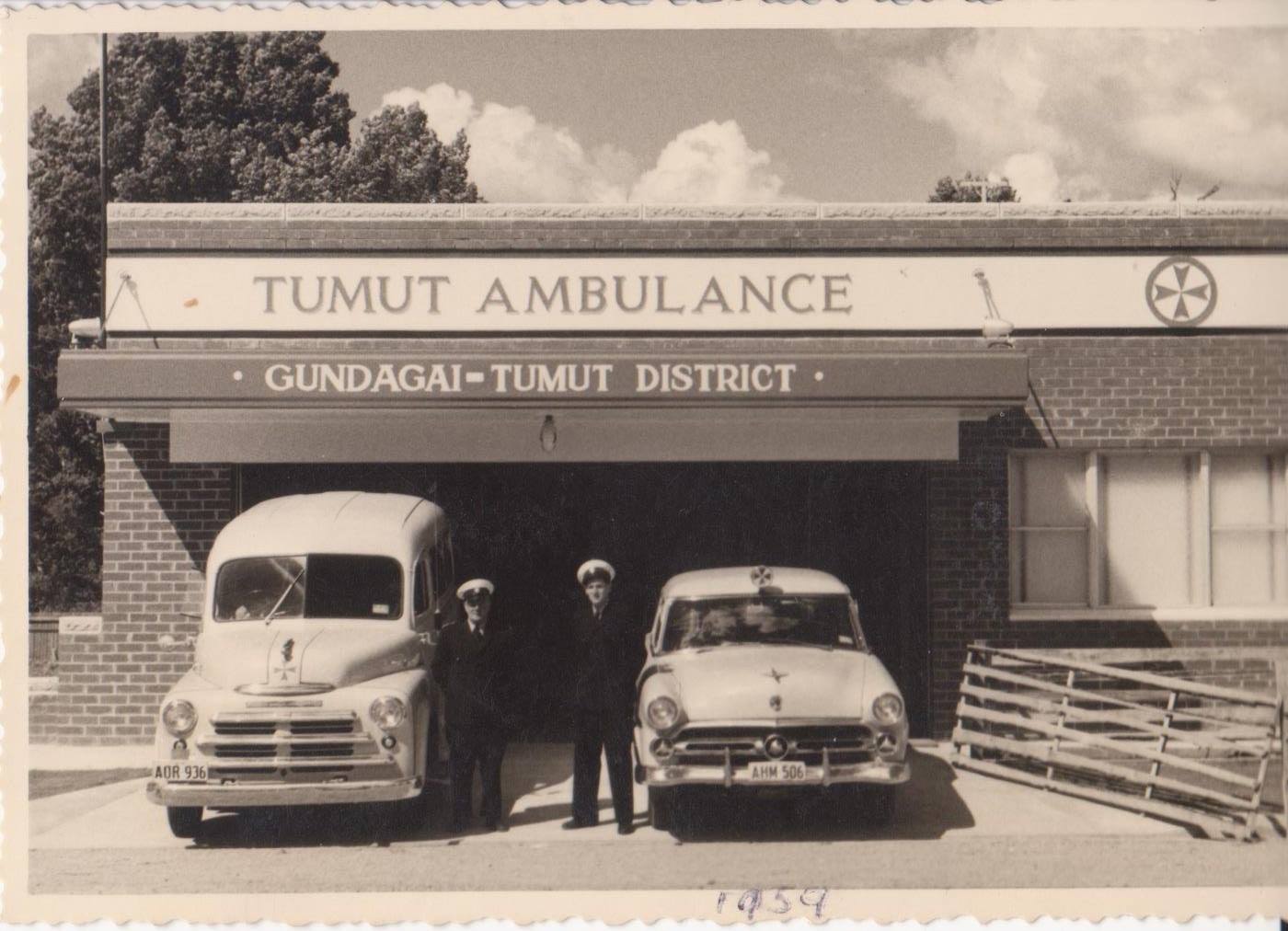 ART UNION FOR TUMUT AMBULANCE Car First Prize TO RAISE FUNDS FOR NEW AMBULANCE CAR AND TUMUT AMBULANCE STATION At a meeting held in the Tumut ? Shire Offices cn Thursday night last, attended by a number of Tu mut citizens and Messrs. G. I'. Turner, H. Heydon and B. Margin, from Gundagai, who represented the , Gundagai-Tumut Ambulance duct an Art Union to raise funds fcr the purchase of a new ambu lance car and for the purchase of the necessary land and erection of an ambulance station at Tumut. Mr. Col. Fuller tW. H. Fuller and Son) advised that he would secure a new Chevrolet car as first prize in the Art Union if one could be released for the purpose. The Gundagai War Memorial Committee have conducted two such Art Unions with cars as prizes and have cleared Ł1800 and Ł700 respectively.

It is thought possible that the Ambulance Art Union may result in the raising of over Ł3000 if the necessary enthusiasm is demonstrated by the organising committee.

At a meeting of the committee of the Tumut Ambulance Building Fund; held last Thursday, evening the balance sheet of their recent drive for funds was presented. The Secretary, expiajneu macaeiay in audit of same has been caused by the Chief Secretary's Dept failing to return receipted accounts for waracd'With the required returns.

The effort netted Ł1250/5/10 which Was regarded as very satisfactory and the committee tender their warmest thanks to all who assisted particularly those in outlying centres who organised functions and the Tumut business houses whose support was very generous.

The ladies committee has also heartily commended for their sustained good work.