Split into several Lots and named as ~GOCUP FARMS~ 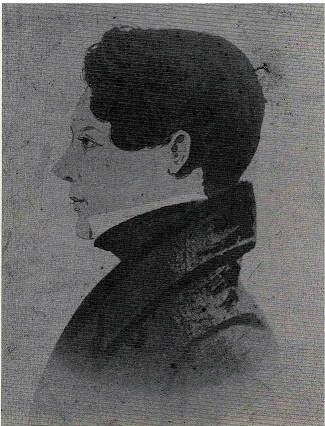 Mr J A Broughton took up a vast tract of land in the Gocup area. Sometime later he was joined by his brother....(further research to be carried out).

In the NSW Gazette dated the 24th August, 1851, J A Broughton was appointed as a Justic of the Peace (JP).

1866 - One of tub Fruits of Free Selection.-A contemporary remarks that free selection will induce many cattle holders to invest in sheep, as a saving measure against the injurious effects of the law; and it will lead to heavier stocking of stations, already oooupied by sheep. This is already being verified, for we hear that Mr. R. K. Broughton purposes stocking "Gadara" with sheep, his losses through the enaroacbments of free selectors having driven him to this alternetive.-Tumut Times. - (Ref- The Maitland Mercury & Hunter River General Advertiser (NSW : 1843 - 1893)(about) Previous issue Thursday 1 March 1866).

1867 - PETITIONS - Mr BURNS presented a petition from Edward Cuzzen, stating that in August 1865, he conditionally purchased with the approval of the Surveyor General, 120 acres of land at Gocup, near Tumut, which he fenced in and otherwise improved and resided upon, in terms of the Crown Lands Alienation Act, and that he was in quiet possession thereof until February, 1867, when the Department of Lands cancelled his selection, on the ground that it was part of a forfeited selection of J A Broughton, whioh had been reselected and claimed by W Smithwick He prayed for a consideration of the case. The potition was received but subsequently found to be informal. - (Ref- The Sydney Morning Herald (NSW : 1842 - 1954)(about) Previous issue Wednesday 11 September 1867).

The cortege left the deceased's late residence, Haselmere, Glebe Point, at 1.30 p.m. and proceeded to the mortuary and thence to the Necropolis by train.

There was a good gathering of relatives and friends, amongst those who attended being Messrs.

a number of deceased's 55 grandchildren,

The service at the grave was conducted by the Rev. John Vaughan, of Summer Hill. The body was encased in a cedar coffin with silver mountings. On a silver breastplate was the simple inscription :— "Thomas Stafford Broughton. Died December 12, 1901. Aged 91 years."

By request there were no floral tributes or wreaths, but the widow and other members of the family received a large number of letters of sympathy

Great regret is felt in Gundagai owing to the death of Mr. Thomas Broughton, of Sydney.

He owned "Muttamu" and "Gundagai" stations, comprising 60,000 acres freehold on the Murrumbidgee River, and was one of the very earliest settlers of this district. - (Ref- The Sydney Morning Herald (NSW : 1842 - 1954)(about) Previous issue Saturday 14 December 1901).

To Gocup - To Home page