A Snowy Mountains Construction Town Base

Cabramurra is the highest permanently inhabited town in Australia, located in the Kosciuszko National Park. It was constructed as a base for the Snowy Mountains Hydro-Electric Authority and is the closest fuel stop for Selwyn Snowfields. The town's 150 or so residents are made up of Snowy Hydro employees and essential service staff only. Due to the town's location, the buildings are constructed to withstand extreme environmental factors. - (Ref-http://au.totaltravel.yahoo.com/destinations/destination/australia/nsw/snowymountainsarea/cooma/cabramurra/).

Town originally built for the people who built the Snowy Mountains Hydro-Electricity Scheme in the 1950s.

At 1488 m above sea level (it's 503 km from Sydney via Cooma and 102 km from Cooma), Cabramurra rejoices in the title 'the highest settlement in Australia'. To call it a town is probably to imbue it with qualities that the locals would like it to have but the average visitor would be a little dubious about.

It is actually a construction camp which came into existence in 1951 and was known variously as Ghent's Camp (after the SMA worker who surveyed it) and Saddle Camp before Cabramurra (supposedly the name of an Aboriginal camp on the Eucumbene River) was finally settled upon. The town is owned and operated by Snowy Hydro. It is the National Electricity Market's (NEM) third largest generator by capacity and is mainland Australia's largest renewable energy generator, accounting for more than 70% of renewable energy production.

Cabramurra came into existence as a rough and tumble construction town during the construction of the dams and power stations. In those days the accommodation was simple and basic. Today the town is a model construction settlement with new brick houses (all of which boast an interesting roof design to ensure that the snow doesn't settle), neat little streets, undercover shopping and amenities designed to keep the workers happy. 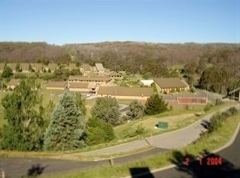 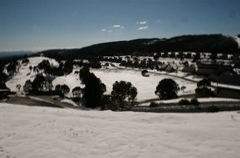 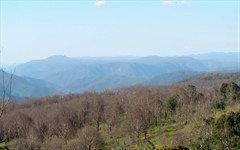 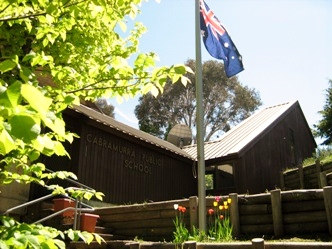