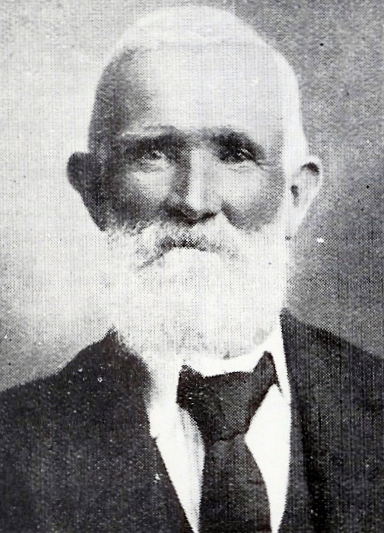 Gold era. Apparently in about 1860 he then went to join the Kiandra gold rush, and did very well. So well in fact he was able to return and purchase and and build a home in the Lacmalac area.

plus another 509 cares in Lacmalac

Then brought about 700 acres from Mr John McDonals in Bondo

He brought another 700 acres from the Crowe Bros

The following records show deaths in the Tumut with the surname of LONG from 1788 to 1955.

Further to the story.

In about 1964 Mr Tom Thompson, the Blowering Administration Officer of the S.M.A. Blowering Camp form a cricket team of Blowering S.M.A. employees and entered the team in the local Tumut District Cricket Competition. A practice concrete wicket was layed behind the Blowering Camp site and a playing pitch was established in a paddock behind Merve and Joan Alchin's house.(I don't think that the record books will show the team as being a threat to the competition leaders!!!!) The practice one is still there today, I do not know about the other one.

Charles Gilbert Long was born in the Island of Guernsey on Oct 1831. At age 13 he was an apprenticed as a sailor, and was with trading vessels till he arrived in Melbourne in 1850. Then he went gold hunting, put in an appearance at many of the big rushes in Victoria and NSW and met with varing successes. On Adelong, he owned a crushing plant in the early days, and selling out, came to Lamalac in the year 1863. He selected 620 acres of land in the vicinity of his homestead, and purchased 509 acres more making 1139 acres.

About 70 acres of this he devoted to agriculture, the balance to pastoral pursuits. Subsequently he purchased Mr John McDonald's homestead of 700 acres at Bondo, and from Messrs Crowe Bros 700 acres of freehold land and an occupation licence of 6000 acres.

This country he stocked and his sons managed it. He was the last of Lacmalac's original eight settlers.

He married, in Adelong in about 1862, Miss Sarah Yarbury, the results of the union being 4 sons, Gilbert, William, Walter (World War 1) and Edward and 3 daughters, Mrs F Anderson, Mrs E Winch, and Mrs Sam Smiles. A letter from his soldier son Walter was recieved only recently, the first for many years. Mrs Long predeceased him about 20 years ago.

The deceased was an ardent Liberal in politics and a staunch supporter always of his party. As a citizen, he was a faithful friend and advisor, but was always ready to denouce what he deemed a wrong. He possessed a wonderful vitality and was seldom ill.

His death regretted by his sorrowing family and a host of friends and neighbours. His remains were interred in the Church of England portion of the new cemetry. We tender the bereaved ones our deepest condolence in this their said visitation.

In the Supreme Court William Kell, a grazier, brought an action against Charles Gilbert Long, another grazier claiming ŁS00 damages for alleged slander. Both parties hailed from the Tumut district. The plaintiff alleged that the defendant falsely and maliciously spoke and published of him. "You," meaning plaintiff, "know. you very nearly shot in for conspiracy once and you will be yet. You held a conspiracy meeting you and your conspiracy push."

Before entering upon any evidence a settlement was effected, defendant, who is an old man, expressing regret at having reflected upon plaintiff's character. - (Ref- Northern Star (Lismore, NSW : 1876 - 1954)(about) Previous issue Wednesday 18 June 1913 Page 5).