View a portion of the Blowering Valley taken from "Stanfield Cutting" showing the view from their house and a small portion of their flats in the bottom left of the picture.
Property Details:

They selected a 40 acre block on West Blowering and in

On Wednesday last Por. 57 of an area of 25 acres in the Parish of Wereboldera and County of Wynyard, was sold by auction by the Grown Land Agent, Mr. W. H, Stanfield being the purchaser at the up set price. - (Ref- The Tumut Advocate and Farmers & Settlers' Adviser (NSW : 1903 - 1925)(about) Previous issue Monday 5 June 1916 Page 2). They farmed the river flats area for millet, corn etc

The property was resumed by the NSW State Government 1877 - 1964 through it's Agents the W.C. & I.C., "They were the first family to go to make way for the construction of the tunnel for the river diversion and then the building of the West side of the Blowering Dam Wall."

containing an area of 105 acres or thereabouts

James STANFIELD was born in 1842 in Windsor, NSW. His parents were Henry STANFIELD and Margaret MURPHY.

OBITUARY of James in 1930.
MARRIAGE 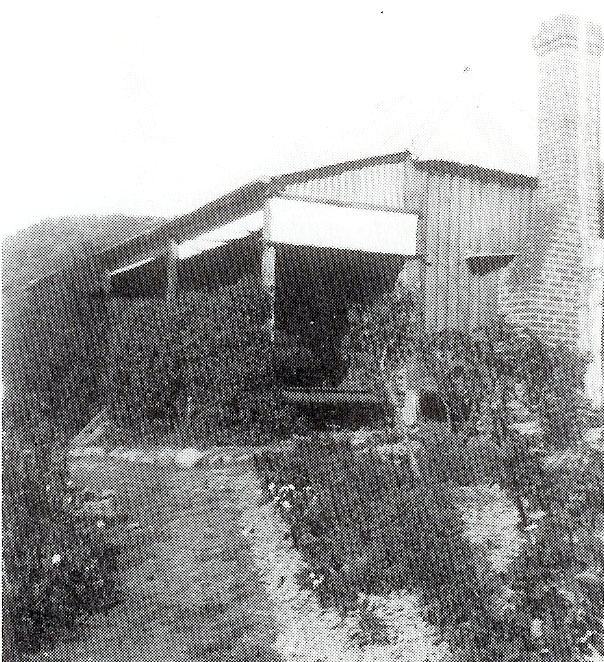 After the death of James, his son William Stanfield, "Bill" took over the running of the property. Until younger brother David took over the farms responsibilities..

1934 - STORMS CAUSE DAMAGE - LOSSES AT TUMUT AND NARRANDERA. - A severe hailstorm at West Blower ing in the Tumut district, stripped trees, and other trees were uprooted by the wind. Mr David Stanfield's market garden and tobacco-plant nursery suffered badly from rain, wind, and hail. Everything was chopped off as with a scythe, including 50,000 tobacco plants, 500 tomato plunts, and young vegetables. East Blowering Public School had all the windows broken, as well as some windows in the rooms. A calf was killed by hailstones. - (Ref- Singleton Argus (NSW : 1880 - 1954) (about) Previous issue Wednesday 24 October 1934).

At the inquest concerning the death of Thomas Conquit, James Stansfield, on whose information the warrant for deceaseds arrest was issued, explained how the deceased told him to go on his knees and say his prayers, as he (deceased) was going to shoot him and nit- -hie Inrpr .niifr '

Senior-sergeant Duprcz said he had known the deceased for seven years. He had at first regarded him as a harmless imbecile.

On June 13 he received in formation from the Tumut Police to the effect that deceased, who was wanted for lunacy, was seen making his way to Adelong. Two days later he received the warrant, and ascertained that deceased Was in the locality and armed.

Witness went to Perfect's place on Sunday morning in company with Constable Mackay. When Mrs. Perfect met him he inquired for Conquit, and was at once covered by Conquit's rifle. Witness told Conquit to put it down several times, but he saw tfy deceased's eyes incl demeanour that he intended to shoot, so he (witness) fired at him.

He did not know that he was shot Himself till later on. Witness shot deceased in defence, of his own life.

The jury, without leaving their seats, found that the deceased died from the effects of a revolver bullet wound inflicted by Senior Sergeant Duprcz, in the execution of his duty, and in self defence.

The coroner agreed with the verdict, and thought the officer was perfectly justified in his action.

A special thanks to Rhonda Roddy for help and assistance.

To West Blowering Index To Home

WHAT might have been a fatal accident occurred on the East Blowering road on Saturday night of the 27th inst. - Mr Charles Pether and Mr. W. H. Stanfield were journeying to Talbingo in a sulky and the horse they were driving fell and both occupants of the vehicle were prcipated to Mother Earth. Mr Pether escaped unhurt, falling on his feet, but his passenger sustained a sprained wrist and a lacerated shin. Neither horse nor sulky were damaged, save a slight scratch on the horse's forehead. - (Ref- The Tumut Advocate and Farmers & Settlers' Adviser (NSW : 1903 - 1925)(about) Previous issue Monday 5 June 1916 Page 2).

A hut occupied by Ah Soon ("Smiler"), at West Blowering, was destroyed by fire on Sunday week last at about 7.30 p.m. It was a two-room structure, built of very inflammable materials, and was valued at about Ł8. It was left in charge of Mr J Stanfield, sen., who said he put out a fire that had been used in the morning, in the fire-place, by putting water upon it, and he locked the hut up at bout 10 a.m., then drove to Tumut, returning same night and finding the place destroyed,

Edward Mantel informed Constable Cahill, who went to make an investigation, that he saw from his his house, on opposite side of the river to the Chinaman's, a smoke coming out of the chimney as if a fire had just been lit at 7.30 p.m., and about 20 minutes later be noticed a blaze coming through the roof. The building was demolished in a few minutes. He did not notice any person at the hut or in the vicinity at the time,

Constable Cahill was of opinion that the fire had not been properly extinguished by Stanfield, who was in the habit of keeping kindling wood in the fireplace, and possibly that may have caught light, causing the conflagration. - (Ref- The Tumut Advocate and Farmers & Settlers' Adviser (NSW : 1903 - 1925)(about) Previous issue Tuesday 6 October 1914 Page 2).

1910 FIRE On Saturday last, on a vacant piece of land south of Mr. W. Stanfield's holdings, a fire sprang up. Luckily Messrs. B. Stanfield and F. Burton were near at hand, and by strenuous endeavors succeeded in subduing the flames. As everything then was ignitible it was fortunate assistance was at hand, otherwise West Blowering would have been all in flames. - (Ref- Adelong and Tumut Express and Tumbarumba Post (NSW : 1900 - 1925)(about) Previous issue Friday 14 January 1910 Page 3).