What is the length of the Tumut River?

The Tumut River is about 182 km long.

What state/territory is the Tumut River in?

The Tumut River is in New South Wales.

What is the highest point/elevation/altitude/height above sea level of the Tumut River?

What is the lowest point/elevation/altitude/height above sea level of the Tumut River?

How much fall/change in elevation is there over the length of the Tumut River? 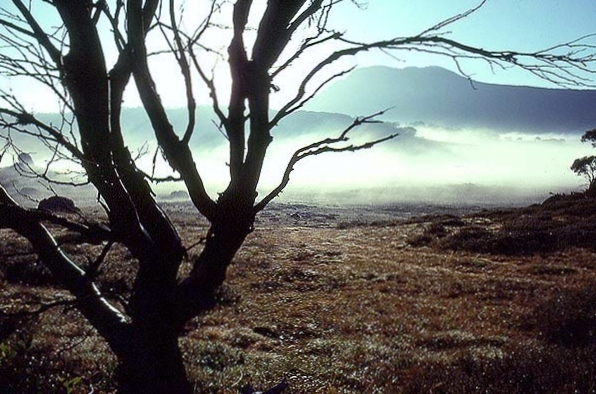 1876 - GREAT FLOOD IN THE TUMUT RIVER. (From the Tumut and Adelong Times.) - On Friday, the 22nd September, the Tumut River came down in a higher flood than has been seen here for over twenty years. Rain fell on Thursday with steady persistency, a strong wind set in after night fall, and between the gusts perfect torrents poured down. The roaring of the stream gave warning that it was fast rising; but few residents anticipated such an inundation as took place. It was no doubt owing to the deep snow on the ranges being melted by the warm rain that fell on the previous day and night that the flood rose with such rapidity, and the affluent of the Tumut known as the Little River, especially, was greatly swollen from this cause.

The scene on Friday morning was a striking one. The sky was still covered with gray threatening masses of rain clouds, though later in the day the sun shone out and they dispersed; and the turbid waters rolling in a mighty volume down the bed of the stream also spread far and wide over the ad- jacent flats. At an early hour many repaired to the bridge, intent upon rendering assistance to all requiring .aid, and helping to save stock in danger of being drowned.

Chief among those who thus manfully and kindly exerted themselves may be named Messrs. M. McNamara, M. Downing, M. Kelly, H. Hoad, jun., J. O'Mara, G. Stevenson, J. Purcell, and others. The flood waters rapidly spread over Bombowlee lanes, so as to preclude passage from the bridge, except on horseback or by boat, to the different residences there.

Among those likely first to sutler from their premises being invaded by the rising waters were the families of Mr. M. Kelly and Dr. Verschuer, and accordingly successful exertions were made to rescue them from their peril, and bring them safely across the bridge to town.

We are glad to say that the flood caused no sacrifice of human life; and although direful rumours of great destruction of stock were at first current, these proved to be in a great measure exaggerated and unfounded.

It is said that Mr. S. Piper float five or seven head of catt'e out of a mob of forty ; that some horses of Mr. E. G. Brown's are missing ; that a working bullock belonging to Mr. Anderson perished ; and that Mr. M. Quilty and Mrs. Cassidy each lost one or more calves. There may have been other casualties of which we have not heard, but on the whole the loss of stock was com- paratively trifling.

The damage and destruction of property wrought by the usually placid and beautiful river as it came roaring down in its swollen strength, though serious and vexatious enough, waa not so great as might have been anticipated. Of course much fen- cing on the Tumut plains, on the Bombowlee flats, on the racecourse paddock, and in other places, was either borne away or heaped up in strange piles oi wreck and confusion with other debris; some of the new culverts in the Bombowlee lanes were considerably injured, and the force of the current maybe judged from the fact that under one of their a great butt of a tree was lodged which it took four horses to drag away.

We regret to learn that a good many crops over which the flood current swept were utterly destroyed, the soil being washed away. Among those who thus suffered were Mr. T. Eggleton, Mrs. O'Neil, Mr. J Carr, and others. In some places, however, where the crops had been early sown, and which were only covered by the stiller backwater, we understand that the effects of the flood in thoroughly irrigating and enriching the soil have been actually beneficial. It seems, therefore, that the moral contained in this proverb as to its being "an ill wind that blows nobody any good" maybe applied to a flood also ; neverthe less, we trust that the Tumut River, which, after its great outbreak, has retired quietly to its bed again will remain, there for many years to come.

The subjoined further particulars are forwarded to us by a correspondent, who writes from Blowering as follows :-We are, from our situation, naturally exposed every year on the approach of spring to be more or less flooded by the melting ofthe snow which collects during winter on the ranges towards Kiandra but it is admitted by the oldest residents here that the inundation we have just witnessed far exceeds any of its predecessors.

Considering its magnitude, however the immediate losses sustained here are comparatively small, although heavier ulterior losses are likely to ensue from the farmers being compelled to devote their attention now to replacing fences carried away around their crops already in, which woűld otherwise be employed in preparing the ground for further crops.

At the southern extremity of Blowering proper, along the banks of the river, lie the farms of Messrs. Leader, Ryan, Sullivan Osmond, and Bourke; but in these beyond the soaking of crops, washing away of small portion of fences, and in one (Ryan's) the falling in of about two acres of the embankment, no serious damage has been done.

Coming next to Mr. P. Halloran's two farms (one lately purchased from his brother), the destruction of fences has been rather heavy - about 12 rods having been washed away, two crops of wheat partially rooted up, and the remainder damage almost beyond recovery. A quantity of potatoes a!so heaped in a paddock, have been scattered about in all directions.

Mr. N. Johnson's selection, on the flat beyond Halloran's, was entirely under water, but in no other way damaged. At Mr. C. Oddy's, some fifty or sixty rods of fencing were knocked down, and great damage done to the grass in his paddock by the large amount of sand swept over them - in some places nearly a foot deep. His wheat crop too was under water and partially rooted up. The water here surrounded the dwelling up to the verandah and at one time preparations were made for an exodus by the family.

At the last farm. Mr. G. Johnson's, the northern boundary of Blowering, a large amount of fencing is washed down, and the extensive wheat crops laid under water. From the other side of the river (West Blowering). I have been unable to gather any particulars, excepting that at Mr. Bridle's farm a long line of newly erected fencing has been carried away, and this year's crop of corn greatly damaged by the water running into the shed. The three boats belonging to Messrs. Oddy, Johnson, and Bridle, which are our only means of communication with the opposite side of the river when it is swollen, are, I understand, luckily saved.

In concluding these short details, I cannot help expressing my satisfaction in witnessing the large amount of equanimity with which the several leases have been submitted - (Ref- The Sydney Morning Herald (NSW : 1842 - 1954) Monday 2 October 1876).

1901 - The flood waters of the Tumut River, have been responsible for the destruction of a large number of rabbits, the rush of water forcing them out of their warrens, causing them to fall an easy prey to groups of destroyers. At Tummt Plains 1400 were killed, also a similar. number at Brungle, and 400 at Cockatoo Flat near Tumut. The rabbits were followed up and knocked down with sticks, while some instinetively dived into the burrow full of water and were drowned. - (Ref- Queanbeyan Age (NSW : 1867 - 1904)(about) Previous issue Wednesday 18 September 1901).