What it turned into " 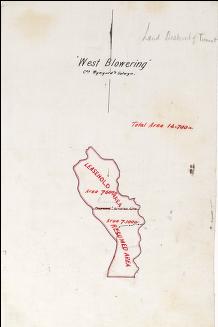 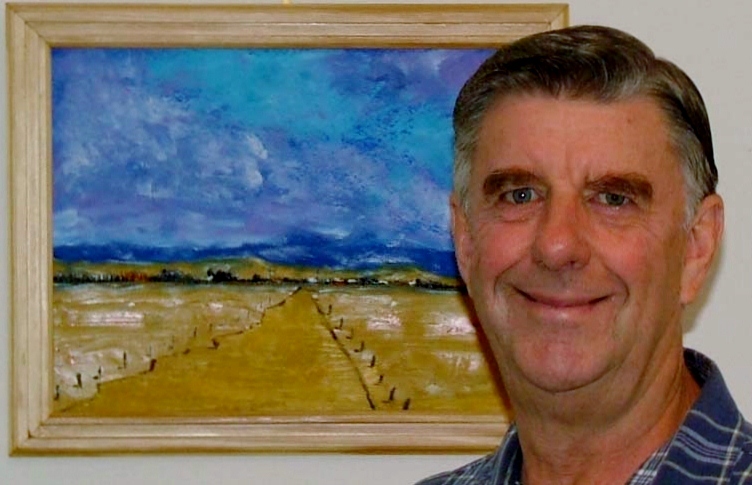 John standing beside his painting named "Low Tide At Blowering During Drought !!!"

34lots (80 and 98 acres), on and river on right bank of the Tumut River, below the village of Talbingo, and between 14 and 20 miles from Tumut, on the road to Kiandra,

9549 ACRES of the richest Farming and Dairying Land in the State, permanently watered by the Tumut River, to which it has a frontage of 6 miles, and numerous ever-running Creeks and springs. Annual Rainfall for 20 years, 33in. Droughts unknown. Magnificent climate. WEAVER & PERRY. Sydney, in conjunction with S. F. WILKLVSON & CO., Tumut, have received instructions to sell by auction, at

THE ABOVE MAGNIFICENT ESTATE, sub divided into 15 lots, ranging in areas from 100 acres to 3220 acres. This is the best property ever offered in ins State for Closer Settlement, several of the front the Farms are lot at Ł2 3s. Per acre per annum, and the present tenants are anxious to obtain leases for 7 to 10 years at the same rental. For fattening and wool-growing this property is unsurpassed in the district. Some of the country has carried three sheep to the acre all the year round.

THIS SALE affords a rare opportunity of securing farms in this safe and thriving district, the rainfall is 33in. a year and the climate unsurpassed. TERMS.—One-fourth cash, balance at 2, 3, i, and 5 years, bearing interest fit 5 per cent.

Intending purchasers will be met at the Tumut Railway Station and driven to inspect on communicating with the auctioneers.

Creeks in the Blowering Valley

Blowering - Deaths from drowning in the Tumut River.