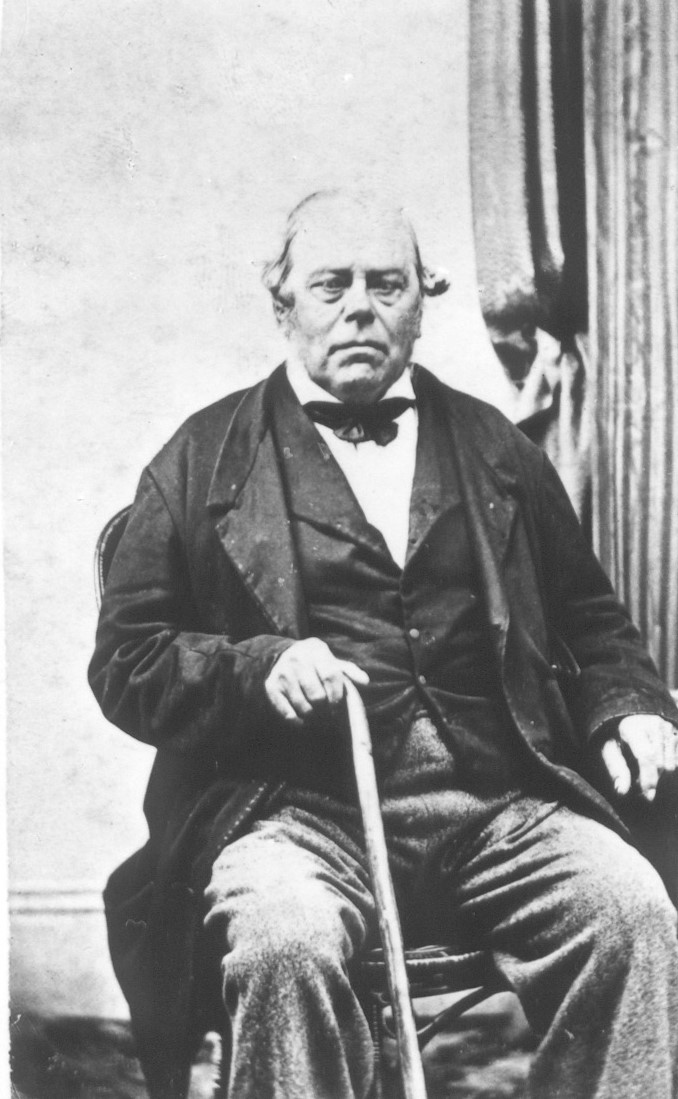 William was 26 when he married Martha Miles on 30.6.1823 at St Peter's Church, Campbelltown. - Martha was 16 when she married William Bridle.

Martha was born at Prospect on 4.2.1807 and was baptised on 1.11.1812 at St Luke's Church at Liverpool. Martha was the second daughter of First Fleeter, Edward Miles and his wife Susannah, nee Smith.

Talbingo - about 1924. Question ---- How many trees did this man clear to make a portion of the Station look like this? 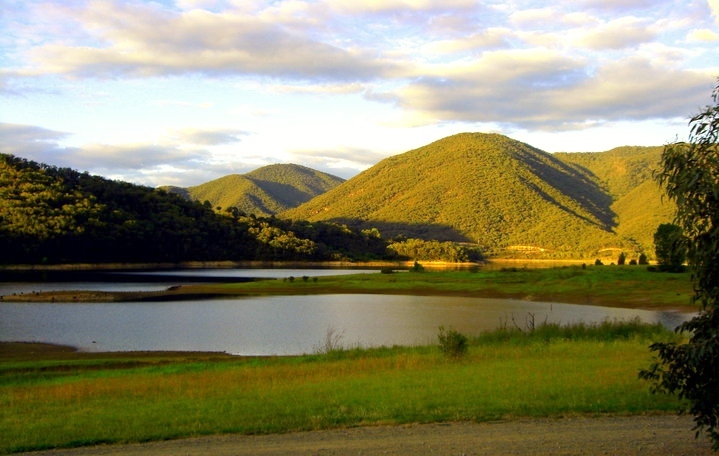 Mr Bridle would never have thought that it would be covered by water. Notice on the other side of the water that the trees had all grown back again.

“William Bridle, one of 250 convicts transported on the Larkins, 24 July 1817 - Convicted at Middlesex Gaol Delivery for a term of 14 years. - (Ref- http://www.oldbritishnews.com/transported-convicts/transported_convicts-158/).

DANIEL MACK . I am a watchman of Leadenhall-market . I had seven flats of butter put under my care for Mr. Batten. At half-past five o'clock in the morning of the 5th of February, I saw the prisoner take one of them, I thought he was Mr. Dean's man; when I came to deliver the butter, I found one short. I had seen the prisoner before that time. I am sure he is the man.

BENJAMIN HARRIS . I am a watchman. I saw the prisoner in Dorset-street, about a quarter after six o'clock in the morning, with the butter on his shoulder; I asked him what it was; he said, poultry, from Leadenhall-market - I took him. When we got to the door of the watch-house, he threw it at me and sprained my wrist, and got away. I sprung my rattle, and described him to Hughes, and he took him. I am sure the prisoner is the man.

MICHAEL HUGHES . The prisoner was described to me. I remembered seeing him pass me, about half-past six o'clock - I took him.

(Property produced and sworn to.)

Following his arrival, William was assigned to James Meehan, a Surveyor, at Macquarie Fields, Sydney, as a Government Convict Servant. He was employed for some time about Sydney, chiefly in agricultural work.

Permission to marry was applied for on the 23rd June, 1823. To the Rev Thomas Reddall, assistant Chaplin, Campbelltown

She was the daughter of Mr Edward MILES and Susannah SMITH. She was born on the 4th February, 1807, in Prospect. Her Baptism took place on the: 1st November, 1812,in St. Luke's Church of England, Liverpool NSW.

He was granted his Certificate of Freedom on the 19th February, 1824, after serving his seven years in Australia.

He applied for a grant of land near Liverpool. Copy of written grant is on hand.

In 1839 he applied to depasture his stock " under his own charge upon the vacant crown lands beyond the southern boundary and situated on the Snowy River in the district of "Mineroo", stating he owned 200 head of cattle and 6 horses.

In the latter part of 1839 William moved his family and stock to "Island Lake", a crown lease of 12,000 acres, bounded by Collandra Lake, Bridles Creek, Bowlers Range, Slacks Creek and Wambrook Road, which he farmed for the next 9 years. It is now known as Island Lake (now Wambrook), which was acquired later by Wallace and Ryrie. Bridle Creek, near Wambrook, in the Snowy Region of NSW, takes its name from him.

In 1848 after 9 years of hard toil he took his family and left the "Monaro" for "Talbingo".
TALBINGO

He obtained a lease of Talbingo Station on the Tumut River and moved most of his his family and all of their belongings to their new property by bullock dray. The family lived on Talbingo Station until after most of the children were married and then in the early 1866 William and Martha moved into the Tumut township. The property was sold to Oltmann Lampe. Who was an old friend and neighbour from the high country in the Aduminaby area and who had married William's older daughter. Unfortunately history shows that due to "progression ?" Talbingo Station in now mostly flooded by Jounama Dam. 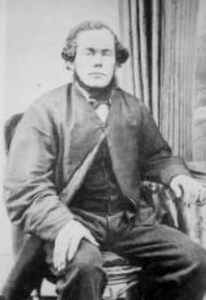 9... 1846 - GEORGE BRIDLE, b. 31 March 1846, Island Lake NSW. (Ref- NSW BDM V1846 2142 31A). - MR. G. BRIDLE. - who was killed in a motor accident at Coogee on Sunday afternoon was a native of the Tumut district, where he was a successful farmer and grazier. He sold his property recently with the object of settling in Sydney However, the call of the land proved too strong for him, and he had arranged to settle on a farm in the Wagga district. He was a member of the Land Board tor Tumut and Adelong. Mr Bridle was a good judge of cattle and for more than 30 years acted as a judge at agricultural shows through Riverina. He was an alderman of the Tumut Council and a churchwarden of All Saints Tumut. Mrs Bridle, who is also 72 years, is still in a critical condition, a result of the accident. A family of ten children survive. - (Ref- The Sydney Morning Herald (NSW : 1842-1954) Tuesday 11 June 1929).

Dear Uncle Jeff, — I am writing from a new home. I had a very merry Christinas, and I hope you had too. There is going to be a dance at our place and then a tennis match over at my aunty's and a picnic after it. We are only milking one cow. We have a little white heifer calf, and. would you please give a name for it. Would, one of the 'Banner' cousins kindly send in the song, 'Just After the Battle, Mother.' — Your fond niece, Kathleen Bridle (12 years). - (Call the calf Lily. Don't you meaa 'before' the battle.) - (Ref- Albury Banner and Wodonga Express (NSW : 1896 - 1939)(about) Previous issue Friday 20 January 1922 Page 12).

DOWN AMONG THE FRUIT. Hawksview. West Blowering.

Dear Uncle Jeff,— -This, is my second letter to the 'Banner.' I am writing from a new home. I like living down here. It is better than up at Adaminabv because it is warmer. I like going back to school again. There are only 28 children going to our school. We are down here among all the fruit, which I think is the best place to be. The fruit is not ripe yet. Love to aunty, and the 'Banner' cousins. — Trixie Bridle.- (Think of me when you are eating the fruit, if you may perhaps be able to spare me,a nibble.) - (Ref- Albury Banner and Wodonga Express (NSW : 1896 - 1939)(about) Previous issue Friday 27 January 1922 Page 12).

Dear Uncle Jeff, I suppose you have forgotten me, because it is such a long time since I wrote to you. We had a slight fall of snow here about three weeks ago. It has been raining nearly ever since, and there are small creeks running everywhere. We are milking two cows, and we call one Cherry and the other Clementine. A poddy calf we call Katie and we have a little bulldog pup, we call Poodley. — Your fond niece; Trixie Bridle. (When I am short of names l shall come to you for some, Trixja-. Thanks for the ridles.) - (Ref- Albury Banner and Wodonga Express (NSW : 1896 - 1939)(about) Previous issue Friday 11 August 1922 Page 12).

1878 - New Magistrates. A supplementary Gazette to hand yesterday contains a new list of magistrates, from which we call the following names of gentlemen residing in this and the neighbouring districts: Shelley William John, Talbingo South Station, near Kiandra; - (Ref- Queanbeyan Age (NSW : 1867 - 1904)(about) Previous issue Saturday 30 November 1878).

Area of Freehold in virtue of which Lease granted: 100 acres.

The following additions to the list of runs published in our issue of July 18, appear in the GOVERNMENT GAZETTE of July 31 1885. Merely give the names of the runs and the district in which they are situated. Until diagrams are issued by the Survey Department, showing the dividing lines and the resumed and leased halves of the runs, but little additional information can be given. When the diagrams or maps will be issued seems very doubtful:

Head of the river, Cooma