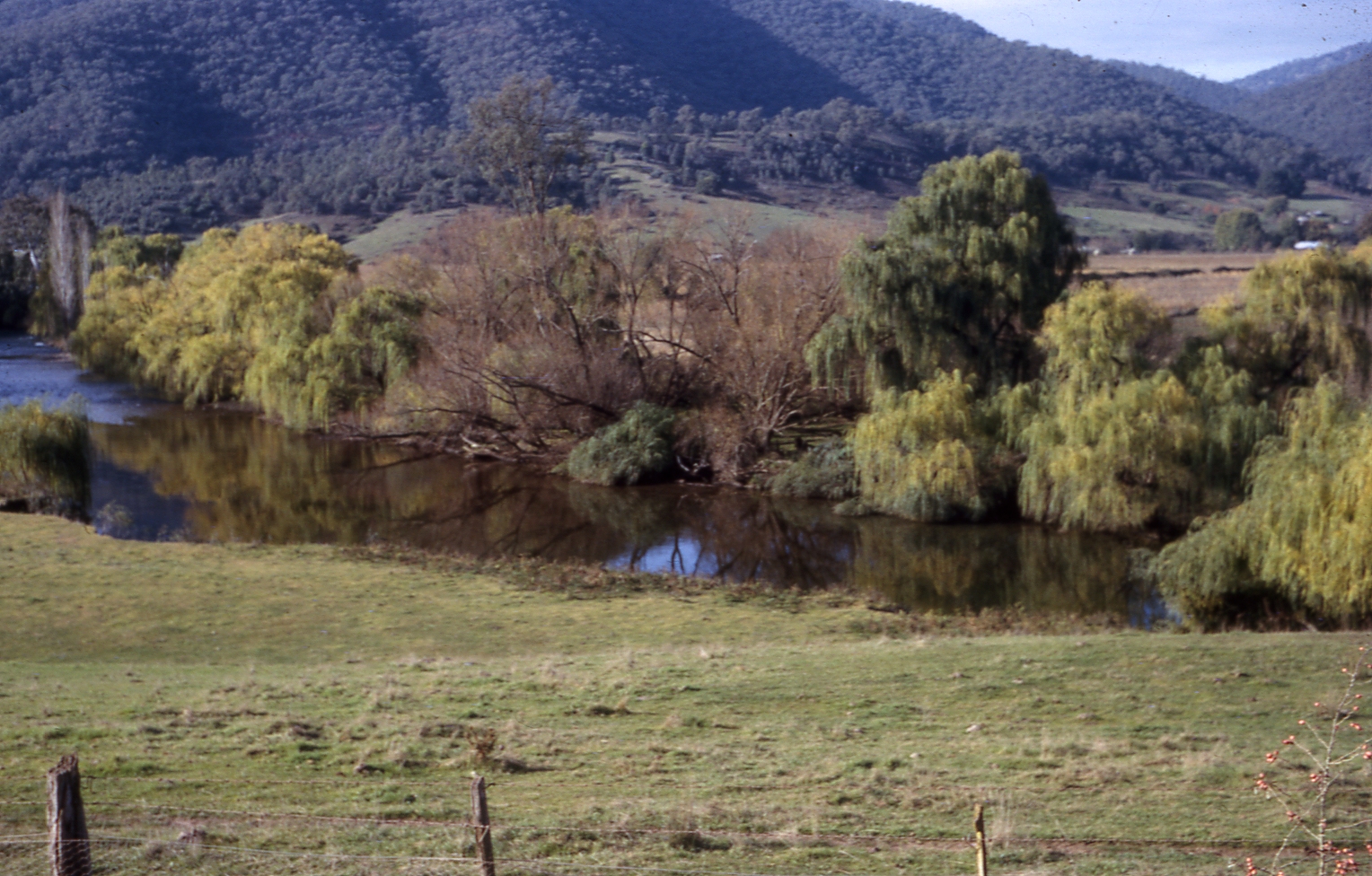 Looking over part of the southern flats of the farm to East Blowering flats.Photo from Lyn Langley.

William had 80 acres in his name.

In 1901 Arthur Rolf EGGLETON was born in Tumut, NSW to parents Thomas (2nd) Eggleton and Alice Morris in Tumut.

They were to go on and parent 3 sons and a daughter who were reared in the West Blowering area of the valley. They were to live on and work the property until resumption in about 1966.

1953 Ronald Rolf EGGLETON married Miss June Bridelle PATTERSON in Tumut. - (Ref- NSW BDM 18637/1953).- Death - 31399/1953 Kenneth Rolf EGGLETON, parents RONALD ROLF & JUNE BRIDELLE died in TUMUT - POLICE REPORT - WITH ROPE AROUND NECK - MAN JUMPS FROM TREE - Saved by Police Strategy - TUMUT (NSW) Friday - Under remand for seven days for medical observation Thomas Eggleton aged 28 years of West Blowering was being escorted from the Court House to the lock-up when he broke free and disappeared. Later he visited the home of his parents for clothing and food. He was asked to give himself up to the Police but he refused. Hurrying away a 15 feet plough rein the man climbed a tree on the edge of a bank. He fastened one end of the rein to a limb of the tree and making a noose placed it around his neck and remarked to his brother who had followed him that if anyone approached him he would hang himself. Later three constables arrived Eggleton still had the noose around his neck and he said. If anyone comes near me I will jump. The police stationed a boy youth with a sharp knife at the foot of the tree and when Eagleton finally jumped the rein was slashed and he landed in the arms of two constables.

1948 Mona Joan EGGLETON married John Reginald CRANE in Tumut, NSW - (Ref - NSW BDM 10973/1948) - John lived on "Fairview" a property situated about 6 miles south and still on the West side of the Tumut River.