1954 - Death OF Miles Franklin - SYDNEY, Sept. 20. Miss Stella Maria Miles Lampe Franklin, the well-known Austra lian authoress who wrote under the name of "Miles Franklin," died yesterday. She was 69. Miss Franklin, who twice won the J. H. Prior Memorial Prize for the best book of the year by an Australian, was born at Talbingo Station, near Tumut, NSW. She first became known by her novel 'My Brilliant Career,' written in 1901 - ? She held secretarial and editorial positions in US and London, and served with the Scottish Women's Hospital in 1917-18. Her Prior Prize . books were 'All That Swagger,' and her biography of Joseph Furphy. . Her other well-known works included 'Old Blastus of Bandicoot,' 'Some Everyday Folk,' and,with. Dymphna Cusack, 'Pioneers on Parade.' - (Ref- The Advertiser (Adelaide, SA : 1931-1954) Tuesday 21 September 1954). 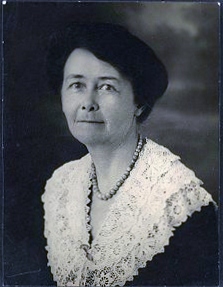 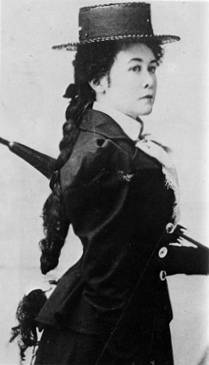 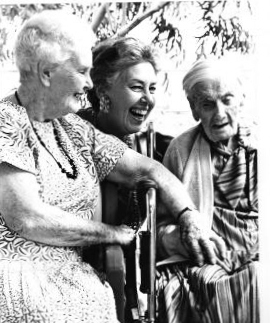 Cause of death Coronary occlusion

5.2 Under the pseudonym of "Brent of Bin Bin"

[edit] Life and career Franklin was born at Talbingo, New South Wales, New South Wales and grew up in the Brindabella Valley. She was the eldest child of Australian-born parents, John Maurice Franklin and Susannah Margaret Eleanor Franklin, née Lampe[1] Her family was a member of the squattocracy.

Her best known novel, My Brilliant Career, tells the story of an irrepressible teenage feminist growing to womanhood in rural New South Wales. This heroine, Sybylla Melvyn, is one of the most endearing characters in Australian literature and obviously has much in common with Franklin herself, who wrote the novel while she was still a teenager. It was published in 1901 with the support of Australian writer, Henry Lawson.[2] After its publication, Franklin tried a career in nursing, and then as a housemaid in Sydney and Melbourne. Whilst doing this she contributed pieces to The Daily Telegraph and The Sydney Morning Herald under the pseudonyms "An Old Bachelor" and "Vernacular." During this period she wrote My Career Goes Bung in which Sybylla encounters the Sydney literary set. The book proved too hot to publish and did not become available to the public until 1946.

[edit] In the USA and England In 1906, Franklin moved to the US and undertook secretarial work for Alice Henry, another Australian, at the National Women's Trade Union League in Chicago, and co-edited the league's magazine, Life and Labor. Her years in the US are reflected in On Dearborn Street (not published until 1981), a love story that uses American slang in a manner not dissimilar to the early work of Dashiell Hammett. Also while in America she wrote Some Everyday Folk and Dawn (1909), the story of a small-town Australian family, which uses purple prose for deliberate comic effect.

In 1915, she travelled to England and worked in the Scottish Women's Hospital at Ostrovo in the Serbian campaigns of 1917-18. Her life in England in the 1920s gave rise to Bring the Monkey (1933), a spoof (but with dark undertones) on the English country house mystery novel. Unfortunately Franklin had no understanding of the genre and the book was a literary and commercial failure.

[edit] Return to AustraliaFranklin resettled in Australia in 1932 after the death of her father in 1931. During that decade she wrote several historical novels of the Australian bush. Although most of these were published under the pseudonym "Brent of Bin Bin," her masterpiece All That Swagger (1936) - a family chronicle novel packed with memorable characters - was published under her own name. New South Wales State Librarian, Dagmar Schmidmaier, said that "Miles increasingly feared that nothing she wrote matched the success of My Brilliant Career and resorted to writing under different names, including the bizarre pseudonym Brent of Bin Bin, to protect herself from poor reviews. "[3]

Throughout her life, Franklin actively supported literature in Australia. She joined the Fellowship of Australian Writers in 1933 and the Sydney P.E.N. Club in 1935. She encouraged young writers such as Jean Devanny, Sumner Locke Elliott and Ric Throssell and she supported the new literary journals, Meanjin and Southerly.[2]

In 1937, Franklin rejected an Order of the British Empire.[4]

While Miles Franklin had many suitors, she never married. She died in 1954. In her will she made a bequest for her estate to establish an annual literary award known as "The Miles Franklin Award." The first winner was Patrick White with Voss in 1957.

The recently established Canberra suburb of Franklin and the nearby primary school Miles Franklin Primary School are named in her honour. The school holds an annual writing competition in her memory.

[edit] Collaborations Miles Franklin engaged in a number of literary collaborations throughout her life. In addition to co-editing the journal Life and Labor with Alice Henry in the US, she also wrote Pioneers on Parade in collaboration Dymphna Cusack[5] and Joseph Furphy (1944) "in painful collaboration with Kate Baker".[2] Previously, in 1939, she and Baker had won the Prior Memorial prize for an essay on Furphy.[2]

Dever writes that the letters between Dymphna Cusack and Miles Franklin that are published in Yarn Spinners "provide a see-sawing commentary on the delicate art of literary collaboration".[6]

[edit] RevivalA revival of interest in Franklin occurred in the wake of the Australian New Wave film My Brilliant Career (1979), which won several international awards. This film has resulted in students studying the author and film about its feminist messages. Significant readership for Franklin's other novels remains restricted to Australia.[citation needed]

Pioneers on Parade (1939) - with Dymphna Cusack

[edit] Non-FictionJoseph Furphy: The Legend of a Man and His Book (1944)

MP3 audiobook of My Brilliant Career from LibriVox

DescriptionStella Maria Sarah Miles Franklin, a fifth-generation Australian, was born in 1879 on the grazing property of her maternal grandmother near Tumut in New South Wales. She spent the early part of her life at the family property in the Monaro region of NSW.

In 1889 the family moved to a smaller property near Goulburn, NSW, and then in 1903 to Penrith, a suburb on the western outskirts of Sydney and finally in 1914 to Carlton, a south-west Sydney suburb.

At nineteen she wrote My Brilliant Career, the novel for which she is most admired. It is widely regarded as an important study of the opportunities and expectations faced by young Australian women in the 1890s.

DescriptionIn the first years of the twentieth century Franklin wrote a sequel to her successful first novel, but My Career Goes Bung did not find a publisher until 1946. Franklin worked as a governess, teacher and nurse.

She left Australia in 1906, travelling first to America, where she was heavily involved in the Women's Movement, then to England. Here she worked as a cook and volunteered as a nurse in Macedonia during World War I.

She worked as a secretary in London after the war and, during the 1920s, she began to write pseudonymously a series of six well-received novels.

In 1932 Franklin returned to Australia permanently, beginning her important contributions to the promotion and development of Australian literature.

This culminated in her Commonwealth Literary Fund lectures delivered at the University of Western Australia in 1950. She won several prizes for her writing, including the Prior Memorial Prize.

DescriptionAfter her death in 1954, a large amount of her estate was bequeathed to initiate an annual prize for work in Australian literature. The Miles Franklin Award has become one of the most prestigious prizes in Australian literature, offering novelists and playwrights high esteem and (in 2006) a prize of $42,000. (Information taken from: AustLit: The Resource for Australian Literature, 2007, retrieved 12 February 2007 from = Creator Unidentified - (Ref - Lyn Langley from ).

To Talbingo - To Tumut - To Front page - To Home