Situated about 15 Miles from Tumut,

In about 1860 the Higgins family established "Fairview" a large property situated about 15 miles south of Tumut.

John & Ginny moved to West Blowering and lived with his parents John Patrick Higgins, where they raised a large family. During this time their twins who were born on the property died and were buried there.

Dear Uncle Jelf,— My father has been taking the 'Manner' for some years and I take great interest in the letters and poetry,some pieces are very nice. It has been raining constantly. This is a great drawback to the farmers in pulling the corn. We had a great fall of snow on the 21st of last month. The Tumut River 10ft 11in. I have left school now. We are milking three cows, and got a fair drop of milk; we make about 2LB of butter a week. Would some of my cousinss kindly forward me the piece of poetry. 'Jack's Last laster.' — Your fond niece, Gladys Higgins. (If the piece is sent in I'll publish it.) - (Ref- Albury Banner and Wodonga Express (NSW : 1896 - 1939)(about) Previous issue Friday 21 July 1916 Page 12).

14. William Phillip Higgins married Irene Esme Bellden in 1945 in Drummoyne, Sydney. They had three children and lived in Sydney.

MR and MRS. JNO HIGGINS, of West Blowering, desire to tender their grateful thanks to Drs Mason and Browne for their skillful treatment, and to the matron and nunes at the Tumut Cottage Hospital for their kind and attentive nursing of their infant while an inmate of that institution. - (Ref- The Tumut Advocate and Farmers & Settlers' Adviser (NSW : 1903 - 1925)(about) Previous issue Tuesday 21 January 1913 Page 2).

Dear Uncle Jeff, This is my first letter to the, 'Banner.' We are getting a lot of rain up here this winter, also snow low down on the hills. One of my uncles has gone to the war; he sent us a post card from Egypt. He expects to be called to France soon.— Your fond nephew, Jack Higgins (12 years). (Blowering is a pretty place at any time. It should look simply lovely under snow.) - (Ref- Albury Banner and Wodonga Express (NSW : 1896 - 1939)(about) Previous issue Friday 21 July 1916 Page 12). 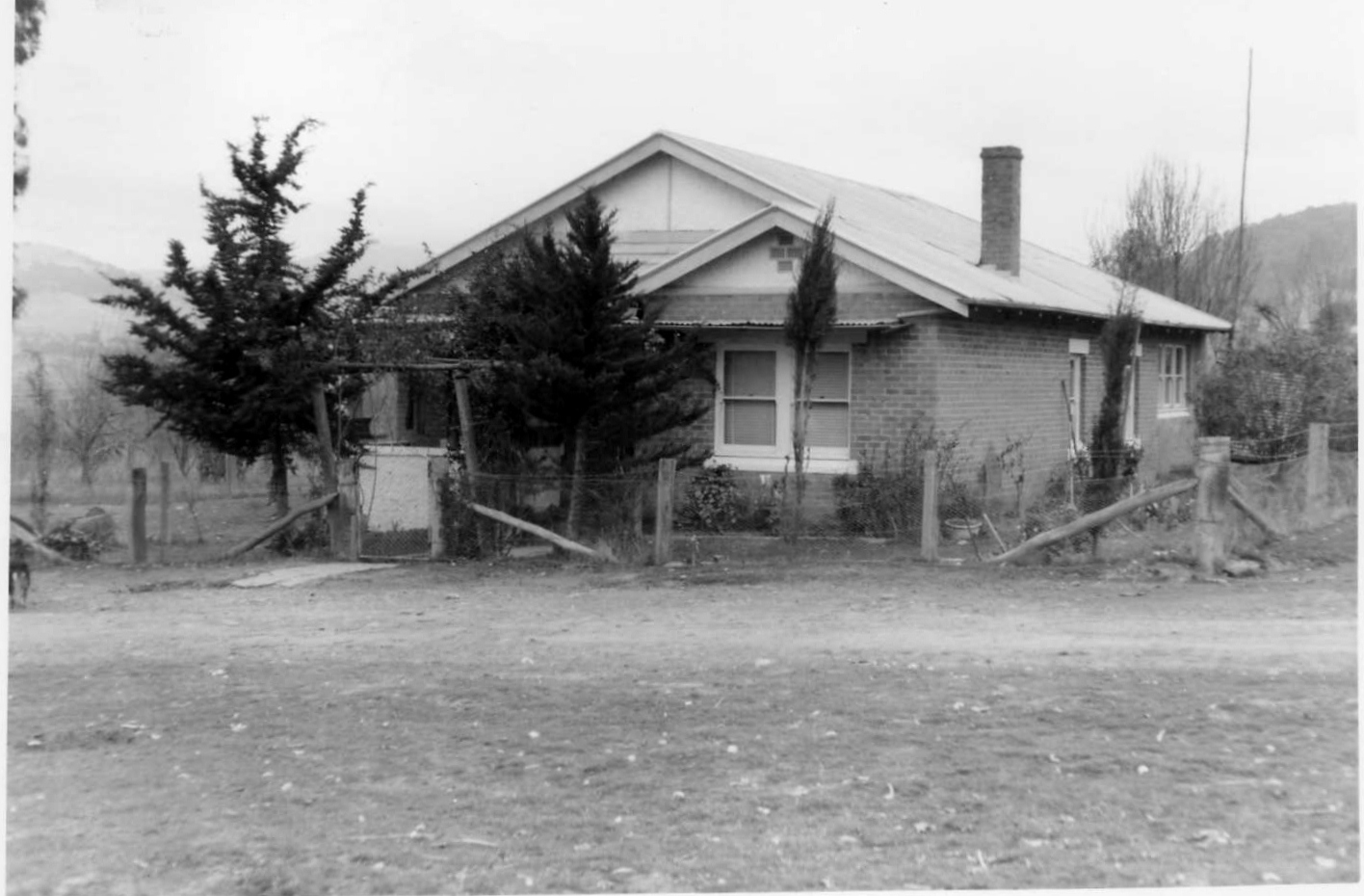 On the 1st August, 1946 John Phillip Higgins's and family sold out to the Crane family from Darbalara, NSW and relocted to Undercliffe, Sydney, where they retired.

The West Blowering Estate, 9410 acres, situated 10 miles from Tumut, which was recently subdivided into thirteen farms of from 60-acres to 3220 acres, was offered by public auction at O'Brien's, Hall, on November 15. The auctioneers were, Messrs. Weaver and Perry, in conjunction with Messrs. S. F. Wilkinson. and Company, Tumut.

Five farms, totaling 770 acres of freehold, were sold at from Ł3 15s to Ł18 per acre, averaging Ł9 10s per acre. The total sale was Ł7342. The auctioneers consider it probable that the other farms on the estate will be sold privately. Following are the details of the sale.

Empire Day was celebrated here by a picnic held at the school. All the children attending the sdhool were regaled sumptuously at 1 p.m., and parents and friends joined in the amusements provided, consisting of footracing, rounders and the inevitable "kiss in the ring."

The ladies deserve great credit for the food provided, and the hearty way they worked to make the proceedings a success. At nightfall an adjournment was made to Mr. J. Higgins' new building, where about 30 couples joined in the mazy dance till daylight did appear.

The music was supplied by Messrs Stanfield (2) and J. Higgins (violins). Mr. W. Stanfield carried out with satisfaction the duty of M.G. All speak in glowing terms of the proceedings, and await with pleasure the advent of Next Empire Day. The midnight spread was much enjoyed, and West Bloyering, for loyalty, can hold its own against any part of the State. - (Ref- The Tumut Advocate and Farmers & Settlers' Adviser (NSW : 1903 - 1925)(about) Previous issue Tuesday 28 May 1907 Page 2).