View a portion of the Blowering Valley taken from "Stanfield Cutting" showing the view from their house and a small portion of their flats in the bottom left of the picture.

The property was resumed by the NSW State Government 1877 - 1964 through it's Agents the W.C. & I.C., "They were the first family to go to make way for the construction of the tunnel for the river diversion and then the building of the Blowering Dam Wall." 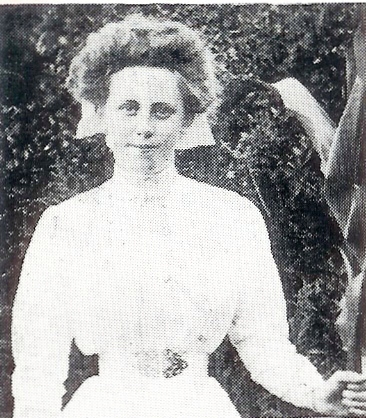 Rebecca had been transferred to the West Blowering Public School as teacher in charge in about 1916. The school was situated on "Kinloch"a property about 4 miles south on the West Blowering Road. She was another single teacher who married a local farming man. 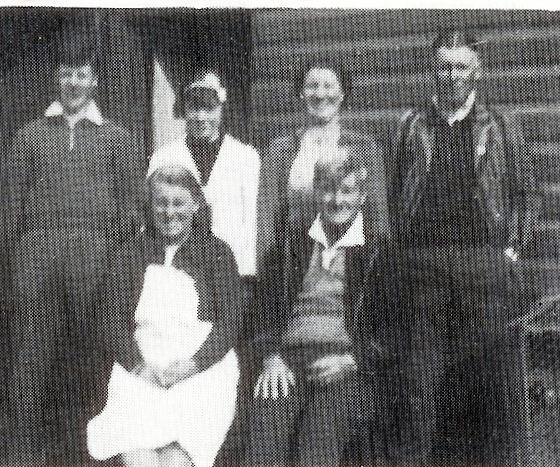 Francis David 'Frank' Stanfield, later became very involved with the valley as a contractor for the supply and spreading of super.

Two children were born in Tumut to Margery & Dick and spent their early lives on the family property at West Blowering.:-

1934 - STORMS CAUSE DAMAGE - LOSSES AT TUMUT AND NARRANDERA. - A severe hailstorm at West Blower ing in the Tumut district, stripped trees, and other trees were uprooted by the wind. Mr David Stanfield's market garden and tobacco-plant nursery suffered badly from rain, wind, and hail. Everything was chopped off as with a scythe, including 50,000 tobacco plants, 500 tomato plunts, and young vegetables. East Blowering Public School had all the windows broken, as well as some windows in the rooms. A calf was killed by hailstones. - (Ref- Singleton Argus (NSW : 1880 - 1954) (about) Previous issue Wednesday 24 October 1934).

A special thanks to Rhonda Roddy for help and assistance.

For any corrections and additional valuable information, maps and photos you may have please contact John

To West Blowering Index To Home